8 Excellent Poker Players Worth Getting to Know and Follow

Within the online poker world, there are many different, special, and colorful players that are worth following. Some are more famous than others because they have been playing poker and especially Texas Hold’em poker for so long and have won many tournaments along the way. These players are not necessarily just particularly skilled, but they also have a unique ability to read other players and think outside the box when it comes to strategy. While those kind of players you do not want to meet at the table playing against you, we like to see them play because their skill is just so fascinating.
We have prepared a list of 8 Texas Hold’em poker players that you should know and follow:

Hellmuth is known as one of the most prolific tournament poker players in the world. He has won a total of 15 WSOP bracelets, which is the most of any other player in WSOP history. He has also won more than $18 million in tournament winnings throughout his lifetime. Hellmuth has also been featured in a variety of poker magazines, and he has been named “Player of the Decade” by Card Player Magazine. That’s not even the end of his impressive resume. He also holds the record for the most Main Event cashes at 17, which is an insane number. 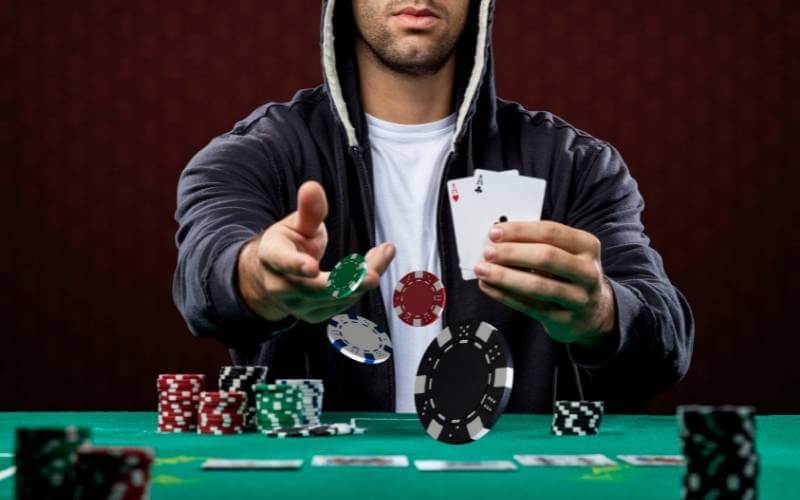 Johnny Chan is a legend in the world of Texas Hold’em. He has won a total of 10 WSOP bracelets and has won more than $5 million in tournament winnings during his lifetime. He is one of the few players to have ever won both the Main Event and the World Series of Poker Tournament of Champions. Other accomplishments include being inducted into the Poker Hall of Fame and winning the “Player of the Year” award in 1988 and 1989. Chan has been featured in numerous poker magazines, and in 2000, the World Poker Tour gave out an award named after him. Chan has also been ranked as the best all-time tournament poker player by Card Player Magazine.

Brunson is one of the true poker legends in this world. He is one of only two players to have won a World Series of Poker Main Event title in two decades: the 1970s and the 1980s. He has also won a total of 8 WSOP bracelets along with more than $3 million in tournament winnings. All of these accomplishments landed him a spot in the Poker Hall of Fame and have made him a household name for poker fans. Brunson was an active player for many years and has recently become more of a poker ambassador for the Texas Hold’em community, which is a role he does very well.

When you’re a legend in the poker world, you deserve a nickname like “E-Se.” Seidel is a 10-time WSOP bracelet winner and a 14-time final table finisher. He has won more than $2.3 million in tournament winnings in his lifetime. Seidel has also been named “Player of the Year” once by Card Player Magazine and has been featured in a variety of magazines. In total Seidel won 7 WSOP bracelets and 2 tournament of champions titles.

Ferguson is one of the most well-known poker players in the world. He has won a total of 10 WSOP bracelets in his lifetime, which puts him in the top 10 of all-time among legendary poker players. He has also won more than $8.5 million in tournament winnings, making him one of the most successful tournament poker players of all time. Ferguson has been named “Player of the Year” once by Card Player Magazine and has been featured in a variety of poker magazines. He has also been inducted into the Poker Hall of Fame.

Without noticing Negreanu have been playing poker for two decades. He won a total of 12 WSOP bracelets,  which gave him more than $ 29 million in winnings, making him one of the most successful players ever. Negreanu has been featured in a variety of magazines and has been named "Player of the Decade" by Card Player Magazine. These days Negreanu serves as the ambassador and presenter of the GGPoker poker platform.

Esfandiari is a professional poker player who has been at the top of the poker world since the beginning of his career. He has won a total of 10 WSOP bracelets during his career and has won more than $ 13 million in tournament wins. Esfandiari is one of the only two players to ever win both the main event and the Champions Tournament. He was also named "Player of the Year" once by Card ,Player magazine. Like some of the other players Esfandiari also has a reputation for being a very friendly and fun player to watch at the poker table.

Baxter is a legend in the poker community, which is why he's on this list. He won a total of 10 WSOP bracelets and won more than $ 7 million in tournament winnings. Baxter has named twice "Player of the Decade" by Card Player Magazine and has also been inducted into the Poker Hall of Fame.

These are our top 8 legendary poker players of all time. These players are some of the best in the game, and they have proven themselves throughout their careers. While not all of these poker players still play in tournaments, it's worth following the players who are still active and to watch YouTube videos of those who are not.